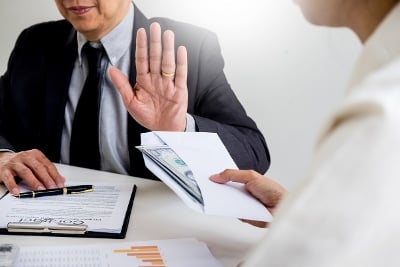 According to the indictment and evidence presented at trial, Prince was a Beneficiary Provider Relationships Specialist with the VA’s Spina Bifida (SB) Health Care Benefits Program, which covers the medical needs of children of certain veterans of the Korea and Vietnam wars suffering from SB. Prince worked for a VA call center in Denver and spoke with health care providers and SB beneficiaries or their families regarding their health care needs and care reimbursement.

Prince defrauded the VA’s SB Health Care Benefits Program by signing up the family members of the program’s beneficiaries as home health “contractors” with false home health entities run by Prince’s associates, including his wife, his brother-in-law, his half-sister, and friends.

Although Prince knew that these false home health entities weren’t authorized providers by the VA, he still encouraged the family members to submit bills despite the fact that they were not approved providers and to include the bills for services that either weren’t provided or not allowed by the VA. He then accepted payments from the associated home health entities for referrals he himself made to those agencies. Prince’s referrals led to payments totaling approximately $20 million from the VA to the Prince-related home health agencies.

“To steal from a program that is intended to help our veterans and their children who suffer from serious medical conditions is reprehensible,” said U.S. Attorney Jason Dunn. “Mr. Prince was also harming the American taxpayers and will now pay a significant price for his actions.”

“The crimes perpetrated by Joseph Prince and his associates were especially troubling since Prince was a VA official,” said Gregg Hirstein, Special Agent in Charge, VA Office of Inspector General. “The Department of Veterans Affairs Office of Inspector General is committed to holding accountable those who illegally enrich themselves using VA programs intended to help our nation’s veterans and their dependents, who deserve to be served by a workforce of the highest integrity.”

“The sizeable amount of false claims Joseph Prince submitted and subsequent kickbacks he received are an affront to government programs intended to help the public,” said Andy Tsui, IRS Criminal Investigation Special Agent in Charge, Denver Field Office. “It is unacceptable to abuse a position of trust for personal financial gain…”

Prince will be sentenced on June 11, 2020, and the government will seek forfeiture of specific assets and restitution to the Veterans Health Administration for approximately $19 million.