Appealing the ALJ's Decision Not to Reopen a Prior Claim

On a number of occasions, I have been faced with the doctrine of Res Judicata and Administrative Finality in dealing with the question of whether I could reopen a prior claim.  It is fairly common knowledge that an Administrative Law Judge (ALJ) has the discretion to reopen a prior claim for "good cause" for 24 months on a Supplemental Security Income (SSI ) claim and 48 months for and Social Security Disability Insurance (SSDI) claim.

Colorable Constitutional Claims are an exception

Social Security Ruling 91-5p allows ALJs discretion to reopen the prior claim of an individual with mental impairments, who was not represented.  In any case, if an ALJ refuses to reopen a prior claim and the Appeals Council affirms that decision, the federal courts have all agreed that the decision is not reviewable.  The exception to that rule is if the plaintiff-appellant raises a "colorable constitutional claim."  The two examples of constitutional claims I have found in my review of cases in several circuits are defective notice and mental limitations sufficient to interfere with the applicant's ability to pursue his appeals.

"Several courts have held that a claimant who has a mental disability raises a colorable due process claim by alleging that the disability prevented the claimant from proceeding in a timely fashion from one administrative stage to the next. See, e.g., Wills, 802 F.2d at 873; Elchediak v. Heckler, 750 F.2d 892, 894 (11th Cir.1985) (per curiam); Penner v. Schweiker, 701 F.2d 256, 260-61 (3d Cir.1983); see also Social Security Ruling 91 5p ("issued to avoid the improper application of res judicata on a prior claim or administrative finality when the evidence establishes that a claimant lacked the mental capacity to understand the procedures for requesting review"). It is not sufficient, however, for Ms. London to allege merely that she suffered from a mental impairment at the time of the earlier decisions; she must show that the mental impairment eroded her ability to pursue her claims. London v. Apfel, 202 F.3d 282 (10th Cir. 1999); see also Wills, 802 F.2d at 873; Parker, 644 F.2d at 1203.

[A] due process claim "seems peculiarly apropos in the context of Social Security disability benefit proceedings in which, as here, the very disability that forms all or part of the basis for which the claimant seeks benefits may deprive her of the ability to understand or act upon notice of available administrative procedures." Id. at 40 (quoting Canales v. Sullivan, 936 F.2d 755, 758 (2d Cir. 1991) (quoting Elchediak v. Heckler, 750 F.2d 892, 894 (11th Cir. 1985))) (emphasis added). In emphasizing a claimant's "ability ... to act upon notice of available administrative procedures," we relied upon precedents from other circuits which defined mental impairment broadly in evaluating the deficiency of administrative notice. Id. at 40 (citing Elchediak, 750 F.2d at 894, and Parker v. Califano, 644 F.2d 1199, 1203 (6th Cir. 1981)). "[A] claimant suffering from mental illness raises a colorable constitutional claim when he asserts that his mental illness precluded him from litigating his" prior claim "because it prevented him from proceeding from one administrative level to another." Elchediak, 750 F.2d at 894; see also Evans v. Chater, 110 F.3d 1480, 1483 (9th Cir. 1997) (inquiring whether claimant's "mental incapacity prevented the making of a timely request for review"); Young v. Bowen, 858 F.2d 951, 955 (4th Cir. 1988) (inquiring whether the claimant had the "mental competency ... to contest" the denial of benefits); Parker, 644 F.2d at 1202-03 (relying on a precedent holding that administrative time limits should be relaxed when a claimant's "mental condition prevented timely pursuit of his administrative remedies"). Stieberger made clear, however, that a claimant's argument that she was so impaired as to be unable to pursue administrative remedies [or his her prior claim] requires more than a "generalized allegation" of confusion; it requires a "particularized allegation of mental impairment plausibly of sufficient severity to impair comprehension." Byam v. Barnhart, 336 F.3d 172 (2nd Cir. 2002); see also Stieberger, 134 F.3d at 40-41.

The only other exception I was able to find for reopening a prior claim was when the Agency has constructively reopened the claim before the ALJ has reviewed.  "Where a previously denied claim has been reconsidered on the merits, it is properly treated as having been reopened as a matter of administrative discretion." Jelinek, 64 F.2d at 508. "Consequently, the final decision of the Secretary denying such a claim is also subject to judicial review to the extent it has been reopened." Id. (citing McGowen, 666 F.2d at 65-66). The Secretary's reopening of Brown's first claim in denying his second claim initially and on reconsideration gave the district court jurisdiction to review the Secretary's final decision denying Brown's request for a hearing. Brown v. Sullivan, 932 F.2d 1243 (8th Cir. 1991)

In my opinion, there are only three ways to force the Agency to capitulate to a reopening of a prior claim.  They are proof of significant mental impairment, proof of a defective notice, which can also be accomplished by showing mental deficiency; and by demonstrating that the Agency has already constructively reopened.

Contact the experience attorneys at Whitcomb, Selinsky PC or its sister firm, the Rocky Mountain Disability Law Group, today to learn more about how we can help ensure you receive the benefits you are entitled to. Please call (303) 534-1958 or complete a contact form on our website. 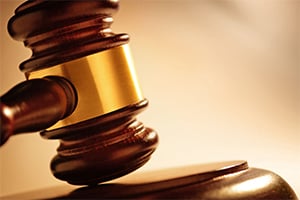 Why you need an attorney for your SSA case
by Whitcomb, Selinsky, PC Staff 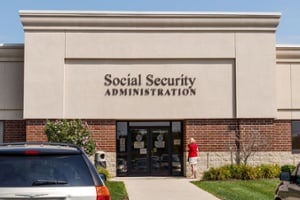