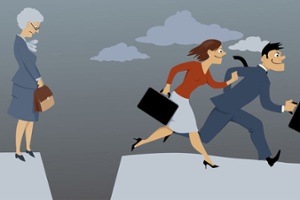 On April 6, 2020, the United States Supreme Court issued its decision in Babb v. Wilkie, regarding §633a(a) of the Age Discrimination in Employment Act (ADEA) of 1967. Significantly, the Court concluded that §633a(a) permits federal employees to sue over any adverse personnel action that is influenced by age, even if age was not the determining factor.

The ruling is not only significant because it expands protections available to federal employees, but also because it addresses the notable split this exact issue produced among the federal circuits.

In 2014, Petitioner Noris Babb, a pharmacist working at the VA Medical Center in Bay Pines, FL, sued the U.S. Department of Veterans Affairs (VA), alleging she (1) faced discrimination for gender and age, (2) faced retaliation for participating in EEOC complaints, and (3) was subjected to a hostile work environment. In filing her lawsuit, Babb argued that the VA’s actions were in violation of Title VII of the Civil Rights Act of 1964 and the ADEA.

The Middle District of Florida rejected Babb’s claims, granting summary judgment to the VA. Applying the burden-shifting requirement from McDonnell Douglas Corp. v. Green, the court held that although Babb had established a prima facie case of gender and age discrimination and retaliation, she failed to show that these were the “but for” causes of the challenged personnel actions.

On appeal, the U.S. Court of Appeals for the Eleventh Circuit reversed the district court’s ruling on Babb’s gender discrimination claim, but affirmed the district court's ruling on Babb’s age discrimination claim. The Eleventh Circuit stated that if it were “writing on a clean slate,” it “might well agree” with Babb that such claims should be governed by a “motivating-factor (rather than but-for) causation standard,” but it was bound by precedent that federal sector employees’ claims under the ADEA and Title VII require that the plaintiff show discrimination or retaliation is a “but for” factor in the adverse personnel action.

The Supreme Court reversed and remanded the Eleventh Circuit's decision in an 8-1 ruling, holding the plain meaning of §633a(a) “indicates that the statute does not require proof that an employment decision would have turned out differently if age had not been taken into account.” Justice Samuel Alito wrote in the opinion: “If age is a factor in an employment decision, the statute has been violated.”

However, the Court stressed that establishing “but for” causation is still necessary in determining the appropriate remedy. The Court concluded that it is bedrock law that “requested relief ” must “redress the alleged injury.” Therefore, §633a(a) plaintiffs who only demonstrate that they were subjected to unequal consideration cannot obtain relief related to the “end result of an employment decision.” The Court explained that to obtain any remedies, these plaintiffs must show that age discrimination was a “but for” cause of the employment outcome.

Weather is No Excuse in Commercial Trucking Accidents