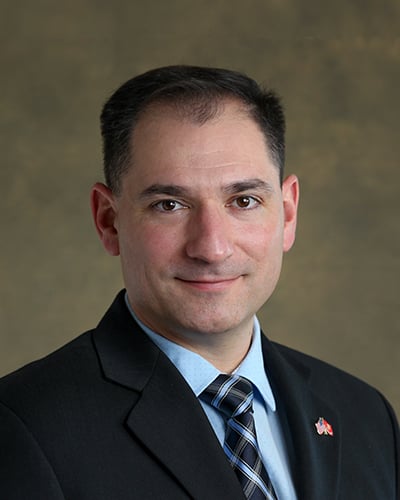 Josh is a Government Contracts attorney and is passionate about representing and advocating for active service members, veterans, and other clients of the firm. As a veteran himself, Josh relates to his clients on a personal level, building a solid foundation of trust and understand. His passion to assist fellow veterans is evident when representing Service-Disabled Veteran-Owned Small Businesses (SDVOSB) and Veteran-Owned Small Businesses (VOSB) in his Government Contract practice. In addition to this work, Josh continues to serve in the United States Marine Corps Reserve as a Judge Advocate.

Josh recognizes what the law affords people regarding the protection of rights and property and fights to protect his clients from having those rights infringed upon.

Josh began his legal career as a Judge Advocate in the United States Marine Corps. He provided legal services to commands across the Marine Corps, from recruiting to combat operational units. Josh found his passion for representing service members as a defense attorney, representing Marines, Sailors, and other service members accused of violating the Uniform Code of Military Justice and other laws throughout the world.

Josh continues to grow and expand his legal knowledge. He has graduated from the Marine Corps Command and Staff College. Josh is a rare Colorado native and an avid outdoorsman. Outside of the office, Josh enjoys all that Colorado has to offer in the way of skiing, hunting, and fishing.

A plaintiff, abbreviated A.L.M., filed an action to review the final decision of the Commissioner of Social Security denying the Plaintiff’s...

Ronald Bernard, a nurse anesthetist, worked at an ortho surgical clinic administering anesthesia.  In 2017, he was terminated after he admitted he...