The COVID-19 pandemic occurred at a time when Mr. Dudley attempted to reinvest his Homestead Proceeds.  It has shut down commerce, closed businesses, eliminated employment, and changed life at local, state, and national levels.  In response to the pandemic, California Governor Gavin Newsom issued a Proclamation of a State of Emergency in March 2020.  He followed this by issuing a “stay at home order” directing all individuals in California to stay home or at their residence except as necessary to obtain essential services.  The California Public Health Officer listed real estate workers as critical.  It also limited scheduling property viewings to a single potential buyer and prohibited open-house viewings.  Mr. Dudley stated the limited availability of mortgage loan funds and restrictions on access to property affected his ability to acquire a replacement homestead

The trustee requested to vacate the abandonment order.  The order was denied by the bankruptcy court without prejudice.  The court found the trustee’s response to Mr. Dudley’s motion was not properly filed, set, and served motion.  The court noted Fed. R. Civ. P. 60 does not provide relief for litigation decisions made by a party which the party later regrets based on subsequently-acquired knowledge.”

The bankruptcy court stated nothing in the record suggested Mr. Dudley “intended to squander the Homestead Proceeds or otherwise use them improperly or for a nonexempt purpose.”  He stated he intended to reinvest the proceeds in another homestead, but was unable to because of the effects of the COVID-19 pandemic and California’s current state of emergency.  The court concluded this “is an equitable basis to toll the debtor’s six-month reinvestment period…”

Under normal circumstances, a person is given six months to close on a replacement property to avoid a loss of exemption.  The U.S. Bankruptcy Court found the issue was “not when the six-month reinvestment period begins to run,” but whether the reinvestment period can be extended or tolled once it has started to run. The United States Bankruptcy Court of the Eastern District of California held in favor of Clay Dudley in his request for a Motion for Additional Time to Purchase New Residential Homestead. The trustee’s request to vacate the order abandoning the property to the debtor was denied without prejudice.

The COVID-19 pandemic has been a serious burden on the U.S.  Over 100,000 people have died, over 42 million people have filed for unemployment, businesses have been shut down leading also to an increase in bankruptcies throughout the nation.  The court’s decision was reasonable considering the pandemic affected Mr. Dudley’s ability to reinvest his Homestead Proceeds.  If the pandemic has also affected your financial outlook and is considering bankruptcy, we can help.  Contact Rocky Mountain Disability Law Group at (303) 534-1958.

0 Comments
previous post What happens to all my personal property like my car and wedding ring?
Next Post Capital One Sued to Obtain Return of Garnished Wages 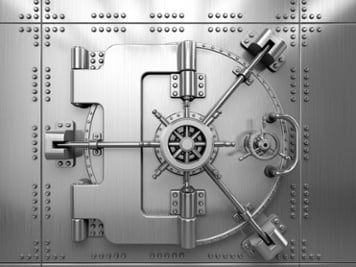 Will I Get to Keep My House if I File for Bankruptcy?
by RMDLG Staff